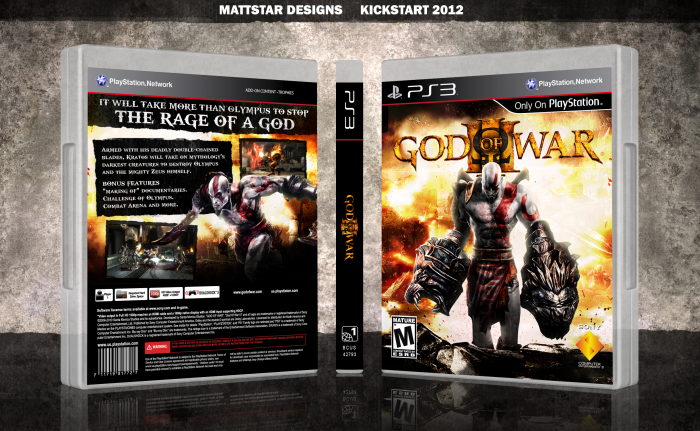 I have been working on another God of War box, and I started experimenting with different things. This was something that I originally started just to see where it took me, and a few hours later it ended up being where it is now. I love that image of Kratos on the front. It was originally partially covered with a logo, but I fixed that. Anyway I really love where this went, and I just may print this one out (which is saying a lot, because I rarely replace official covers). So enjoy, and let me know what you think!

Awesome!
This is a very impressive work, well done.

P.S. View in full everyone!

Ha I doubt that, but it is pretty sexy.

This really shows GOW III boxes could still have potential.