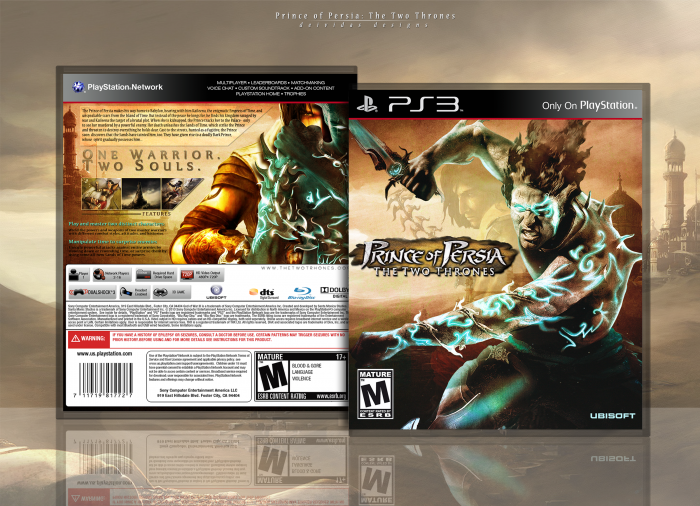 Been on the back burner for a little while now. Since I am teaching myself how to render and adjusting my skills in it, figured i could use what I learned for this box. All character were rendered by me on here. Chose a more official template because I rarely use them but only a few people still use official temps anyways.
And as you can tell, chose a different color scheme rather than the straight up gold. I think it came out pretty nice.

Thanks. And yea the case itself is from Pleides and the template is from Scorpion Soldier :p Thanks for the reminder to credit them

Very impressive!
The colors go together well, and the design is very pretty.
Nothing to say, it's perfect. ;)

I like the front, but the back is a little confusing, it's hard to see what's going on with the Prince, maybe you could re arrange it somehow.

Man, you're pumping boxes like a factory but when they look this gone all is good. :)

Nice work. I think you should remove background of the logo on front though.

Interesting. The mixture of colors makes me think of a combination of Two Thrones and the cel-shaded reboot. The only technical issue I can call out is how you've laid one prince over the other on the back. With the bright, almost glowing light surrounding the Dark Prince, it's very unlikely that a shadow in that form would appear over the Prince. It gives the impression that the Dark Prince is more of a cardboard cutout than someone actually standing there.