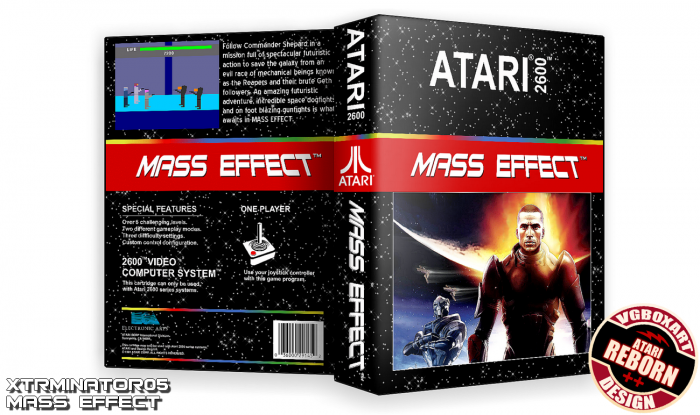 - Removed the N7 from the armor because at the time it couldn't be noticed in-game
- Completed Shepard's face because the create character feature it alludes to wouldn't be possible and/or unnecesary.
- Tried to make the front look like it was made in the 80's, hope i didn't fail!

Please look at the printable for a more detailed view and please comment! looking forward to know what you think!

Credit to Leegion for the template.

I like it, it's very fitting for that era.

Updated to a better 3d view

Updated Again
Background filled with stars, would like some input on this.

Do you prefer the old clean black one, or the new one with stars?

I like the stars background, only I've done the same on my WIP for Mass Effect 3, seems like our boxes will end up looking quite similar.