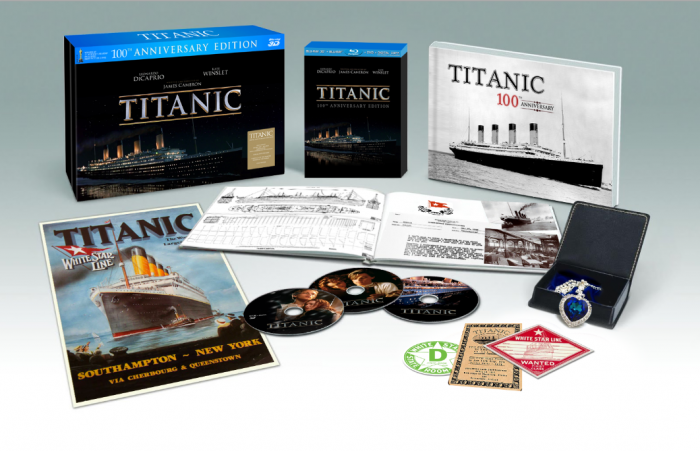 This 100th Anniversary Edition of "Titanic" by James Cameron would include a book about the original Titanic ship, a poster and stickers reproductions of the White Star Line's Titanic tickets and boarding pass, a replica of the Heart of the Ocean necklace and of course multiple discs including the 3D Blu Ray.

That's awesome mate, and it's a first !

I always try to make my creations look real. Thank you!

Thank you very much.

A friend of mine, being a huge fan of the movie, would love this.

I think all fans of the movie would LOVE this!!

I am very impressed. Great Job! :)