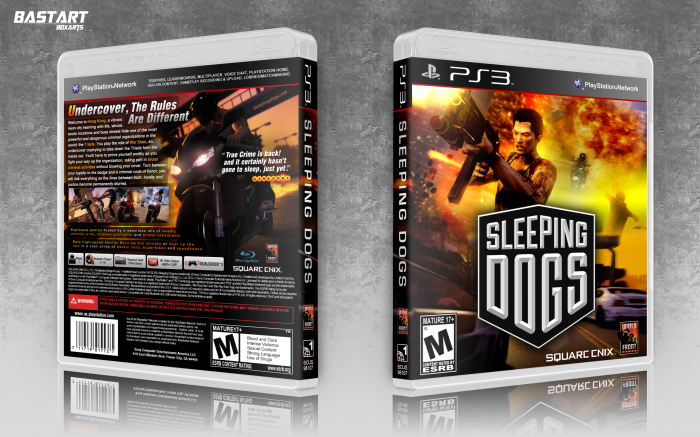 I kinda know the front is quite simple and the back has a bit of a text heavy layout (that's ussually the case when I make my backs, without any info you might as well only post the front cover of the box imo.) but I thought it was nice, to go with a completely different direction (more action packed) than the official arty one link (which in my opinion is one of the most impressive boxart covers, I've seen in quite a while) Anyway, I hope my attempt at a Sleeping Dogs box, isn't really that bad ;)

EDIT: I noticed some typos on the back, I'll fix it later on....