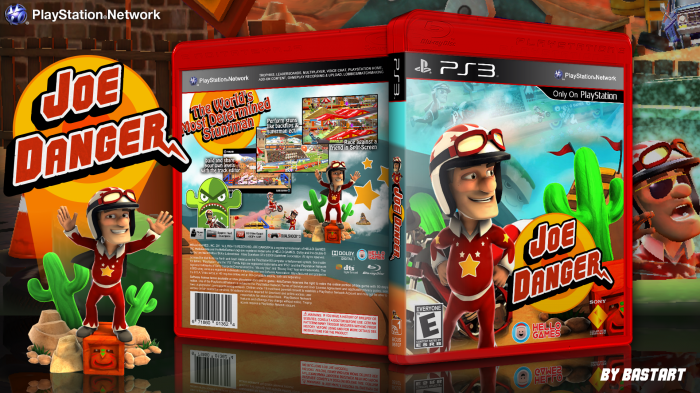 I'm going to post some boxes which I made a year ago, but I eventually ended up never posting them. These boxes were part of a PSN collection I was doing, of some games I liked(I've also made a series of Pixeljunk titles back than, which I'll post after the PSN boxes)

They're kind of old, but I'll think they're worth posting anyway(since I don't have any games on my list, which I'm planning to make a box for)

First up is Joe Danger, I really enjoyed this PSN title.

Do you use this one for personal use?

Nope, it's a box I made a year ago. I actually was quite pleased with the result and I thought it was worth posting, but to be honest it's not very high in terms of quality (both the print and presentation) as the level I'm at now with my current boxes imo. so that's why I didn't included a printable version of the box.

Thanks ;) it's an oldie, but I really had fun when making this box.

Even if what you said to TheRandomIndo is true, this is still an attractive box nonetheless, nice!

Thanks ;) I thought I needed to explain myself, before all shit broke lose lol :p

I just noticed it, but I totally forgot when making this box, to add a ESRB rating onto the back :/

Thanks guys :) I'm actually quite surprised some of my older work, got this much attention ;)

Both presentations and cover are perfect, Good work man!