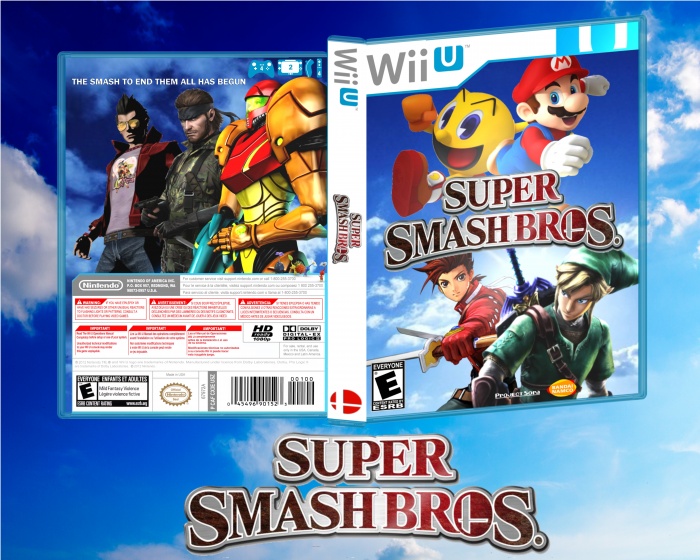 The Final Version of my SSBWU cover. I am quite proud of this and I hope people like this.

I probably wont be posting much after this and be taking time on my next project a Batman Beyond inspired Arkham Game and a MSG3 Cover akin the classic 007.

I can see that there's a lot of potential here but it's weighed down by a couple of problems.
-Some characters aren't rendered properly
-3D is off a bit
-Characters floating in the sky?
-No description text, features, or screenshots on the back
You have a great idea, just try to improve on it a little.

I thought the sky theme would suit the Wii U temp I made. The 3D has been tricky Artweaver is not as friendly with skewing as I want. I will fix the renders rather soon but my two big projects are taking up my time. I will see what I can do though. Thanks for the fave though.