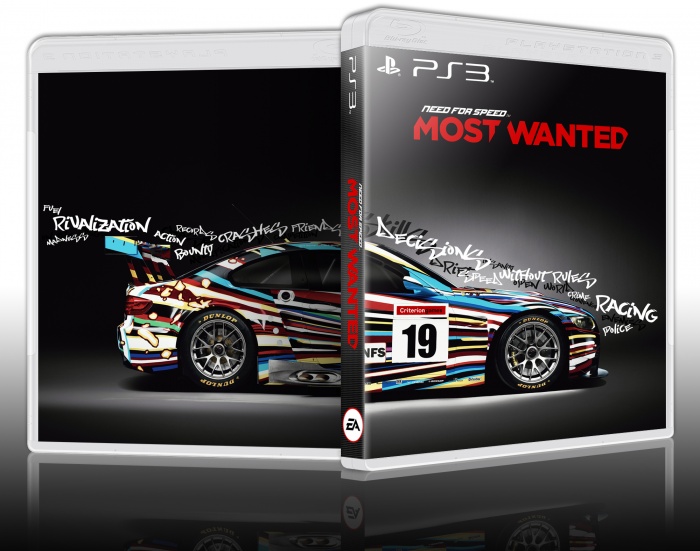 It was a big challenge to find some good photo/graphic matching the game unique style. The car on the cover is BMW M3 GT2 and it is a successor of well known BMW M3 GTR which was on the official Most Wanted cover. These two cars have been made for the same purpose and both have V8 engines.

I want to add some elements from the old Most Wanted. Also I want to show that this is 19th title in Need for Speed series. Another one from Criterion studio.

and also i printed it out and now use it