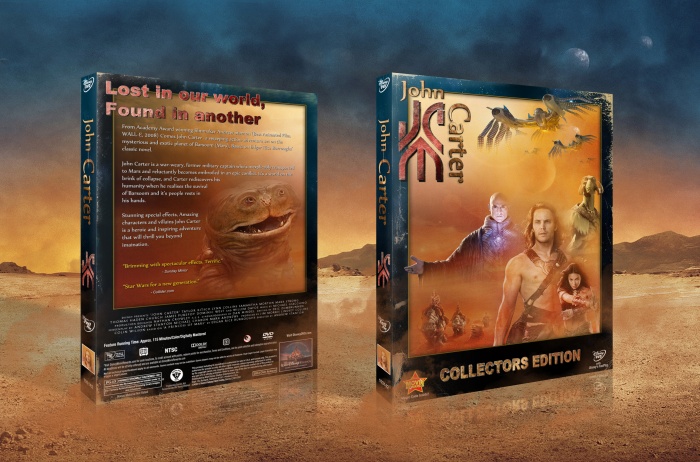 Despite its box office flop. I love John Carter and really think the original case just doesn't do the film any justice. So I had a go at making one myself.

As the film reminds me a little of Star Wars I decide to do it in that sort of style. I think the front could be better with more characters on it, but decent resources seemed to be a bit slim. Overall though I'm quite happy with the outcome.

Good front but bad choice of font for me

Yeah I agree. I just picked a random font I had on my computer. Didn't put much thought into the font.

best cover for this movie in vgbox