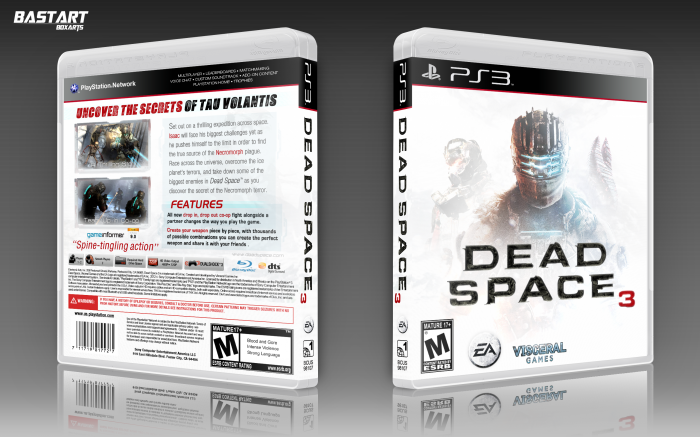 Since the game released today, I decided to give it another try (the front supposed too look washed-out, as it represents the snow storm they're in)

Looks very nice as always Bastart, though not sure if the zombie on the front really fits in with whats going on there....Main character in the front, then you have another main character...and then a random zombie thing ...eh not sure if Im a fan of that part but then again...not a lot of artwork for it anyways and you have to make due with what you got :) so good job

thanks and yeah, that random necro, it really felt empty without him :( lol

@Bastart Thats the word I was looking for, Necromorph, got the game today and forgot the damn names already lol

@Deividas I've replaced the necromorph with a marker.