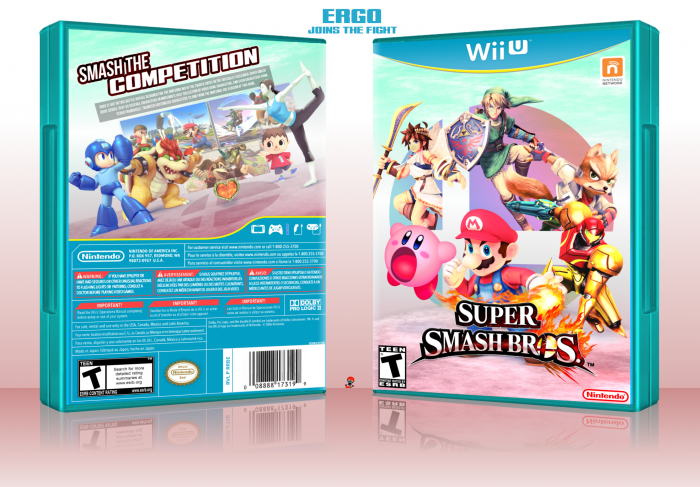 And yes, that dot next to "Bros" in the title is absolutely 100% necessary.

As always, printable is available.

Template is horrible. Box is good. Change template please. It makes no sense. Why would there be plastic where the spine should be?

Anyway, I'll fave for the box itself. Skewing on the spine on the back part looks off btw.

Working on a different template.

@Ergo Shit was that my template? yeah I noticed a while after posting I forgot to delete that plastic part on the front ha!

Would be nice if the template was still blue like the original but it's still great.

It looks fantastic! I really like how you tilted everything to the left on the back cover, it perfectly fits the game.

This boxart is beautiful and epic. Very well done! This actually made me want to make an account here just to comment. Love it!!!!

Why does no one insist using the main 5?
(Mario, Samus, Link, Pikachu, and Kirby)

Thanks for my second HoF!