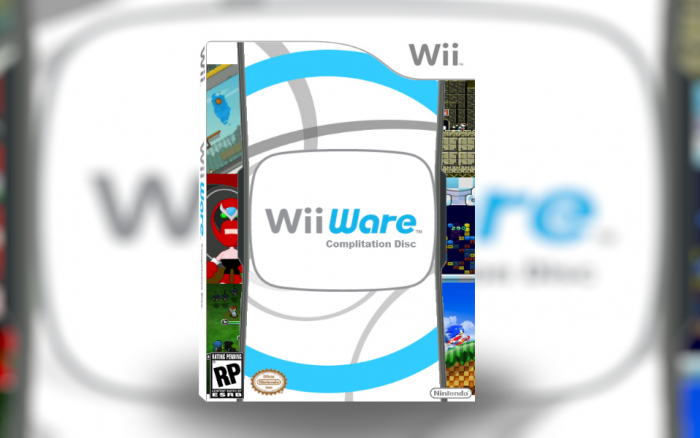 WiiWare Compilation Disc for the Wii. The reason it looks a little bad on the top is because I misspelled "compilation" as "complitation." Anyways, I was thinking, "What if Nintendo made a compilation of their best WiiWare titles (I never played Cave Story Wii as of this post)?" Of course I had Microsoft's XBLA Compilation Disc in mind when making this. So, please favorite this and check out my other boxes. Thanks! I DO NOT OWN SONIC, HOMESTAR RUNNER, CAVE STORY, FLUIDITY, DR. MARIO, POKEMON, OR THE WII! Also, every Wii game I do WILL have a downloadable printable.

If anyone can't tell what the episode of SBCG4AP is on this box art, it's Episode 2 (Strong Badia the Free)

Do you think this is a good box art?

I think I did a decent job, on the front. I think the back is very crappy, but at least I didn't just put that background on the back with screenshots and nothing else.

@TheSuperBoxart3DS
Why do you upload this if you think it is very crappy instead of using the WIP section in the forums?

@aldimon
I never really though of that...