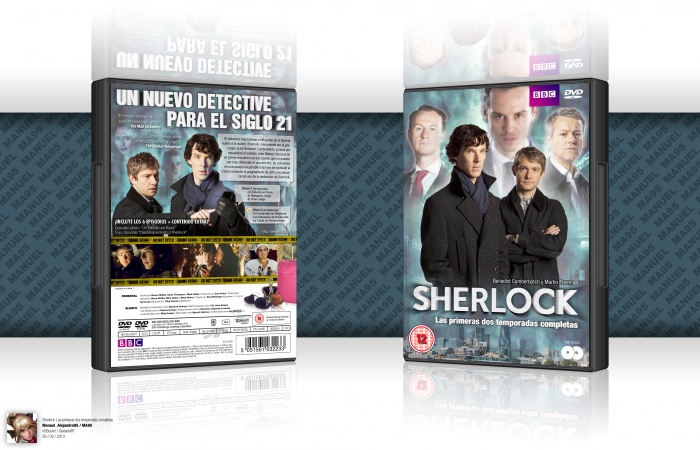 As usual, it's been a while.

This time, I'm back with a cover for the DVD release of the first two seasons of BBC's Sherlock (an excellent series, I shall add) surprisingly in Spanish, because I'd never tried a cover in Spanish before.

The concept now is based on the series' modernity, specifically on the repeated use they give to text messages.

Thanks to everyone who contributed, who criticised.

Very interesting. Amazing job, as usual. My only qualm (which is a serious nitpick) is the fact that the items on the bottom right of the box have no type of shadowing. I understand you probably meant the floor to be glassy, but I think a little bit of shadowing would have been awesome. As I said, that's really just nitpicking, and this is a great piece of work overall. Loving that text effect on the back, by the way.

Great to see you still posting.

Thinking about it, I had placed a shadow under the teapot, but completely skipped the other object's shadows because they weren't so noticeable in that surface anyway. I might add them later.