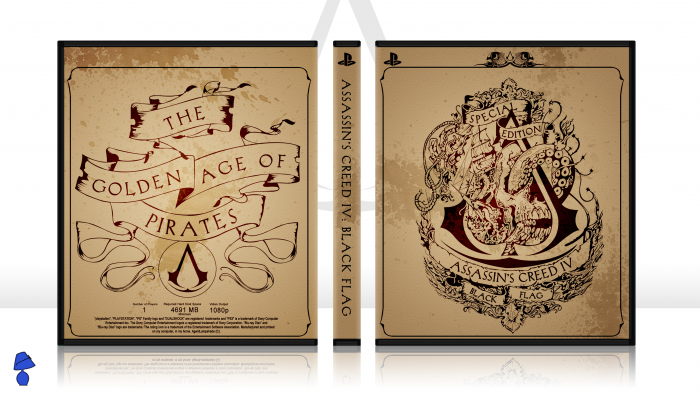 Remember that card I got at Eurogamer? Well, I thought it was a cool design, so I scanned it into the computer, traced it and made a cover out of it. Everything except the text was made with the pen tool.

The back's pretty lacking compared to the front I know, but it wasn't a priority for me. It compliments the style well enough for me to be content with it.

Excellent design, it must've been a hell of a job! I'm just not so fond of the Playstation template, it kind of takes away some style. I think it would've looked truly amazing with a "blocky" box (much like your Kingdom Hearts HD box).

The vectoring Job is amazing. Very interesting as usual.

Awesome, this is very nice.

Great job. It's definitely refreshing in terms of boxart for this game.

Bloody amazing, the only thing i dislike is the fact that you put it in a plastic template, other than that its great.

Nice. Texture is a bit low quality though.

Probably something to do with the brush I used as the base. I opened photoshop and discovered I saved a pattern earlier so I used it.

Thanks for the kind words guys.

Not to sure why some people have been removing their favs, but I'm taking it as a personal insult.

It has been happening to me since the whole Iranian issue started, so yeah. I'm not naming names but...

Thanks a ton folks!