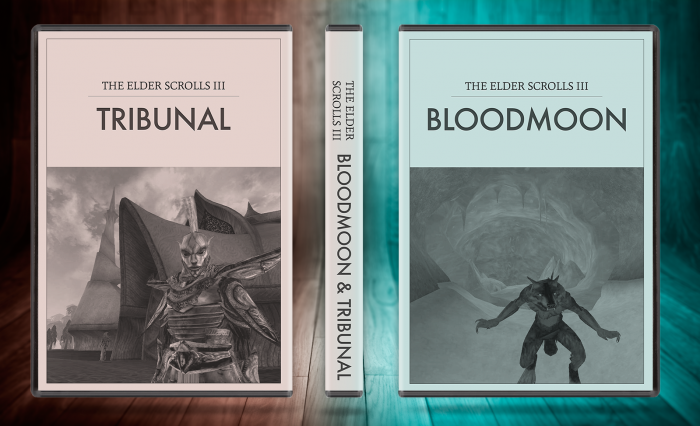 A double-sided case for the Morrowind expansions. It's a little bare when it comes to containing information. This poor .psd has been long forgot about, I mostly just wanted to get it out of my dropbox folder.

I think I'm happier with how the background came out than the actual case for this one. Ha. Anyways now all of my Elder Scrolls games that needed box art have homes.