Movies » The fault in our stars Box Cover ← → 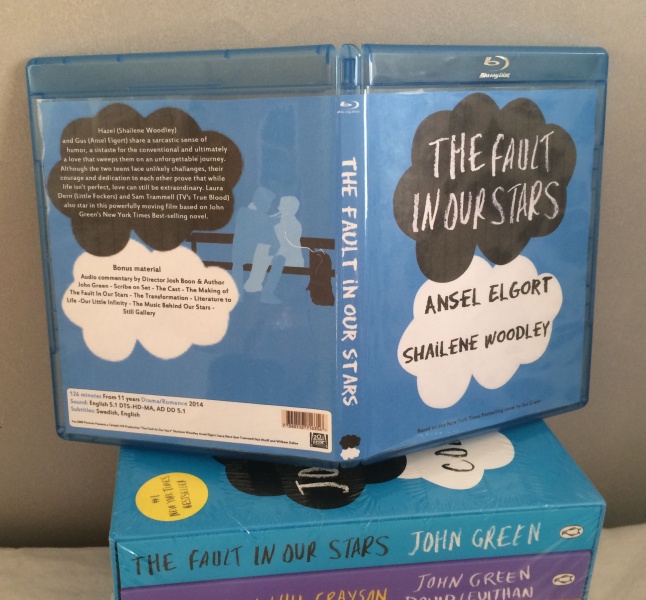 I recently got the extended edition of The Fault in Our Stars Blu ray, and was kinda dissapointed at the cover, at least the front (It's pretty much just the poster), so I made my own, based on the book. As the front of the book is so simple, I made the back in similar simplcity. I even left out some of the legal info, as this cover actually just is made for my own shelf. But the EAN-code is real, at least.
I wasn't a big fan of reusing the clouds on the back as well, but I think it turned out quite decently, actually.


Also, this is my first public box I've made in four years.
I couldn't, somewhy, upload the file I made, so I printed it and took a photo of it instead. I hope you'll like it.

The fault in our stars Box Cover Comments

Comment on oxol's The fault in our stars Box Art / Cover.

Hey, this time it uploaded it correctly!

I like it, although the way the text in the Bonus Material part irks me a little bit, but aside from that, not bad at all, and welcome back! :)

Thanks. Yeah, it's the thirteenth attempt or something, haha!

I'm not too fond of the bonus features section either, but it's pretty much impossible to make it look good and have it easy to read in that area at the sime time.

And again thanks. It really feels good to put my little photoshop knowledge I have to some use again!

Thanks, that's great to hear from you!

This is action ? How make it ? Nice work