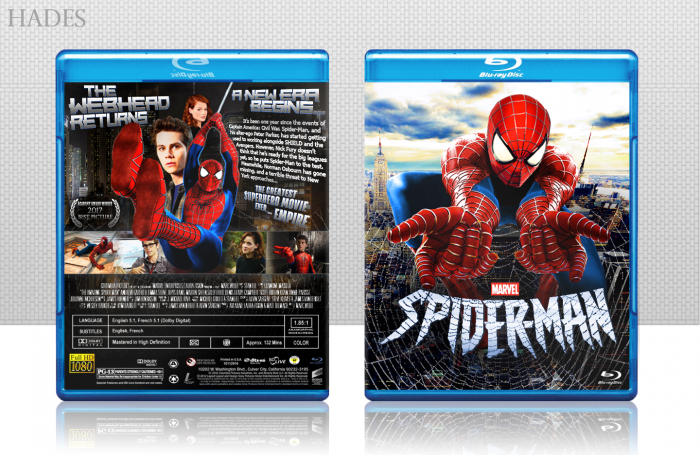 Alright so I made this box because I am pumped about this new Spider-Man reboot.... I liked Andrew Garfield but I would really like to see Dylan O'Brien in the role. I also chose Jane Levy as Mary Jane. This movie is supposed to take place after Captain America: Civil War, and is kind of based off of the Ultimate Spider-Man Animated series because I envisioned him to be associated with the Avengers but not part of them yet. Anyway, I am pumped for this movie and I hope you enjoy this box.

Those webs are growing on me. Now that I'm looking at it, it would look good with and without the webs.

I didn't want the webs either, but hey, its a spiderman box.

Personally hoping they do a Miles Morales storyline instead in the next movie etc. Donald Glover is my top choice. But I agree Dylan O'Brien suits the role of Peter Parker. As well nice design.

Thanks! I would actually like to see one with both of them, but I might do a miles morales box in the future...