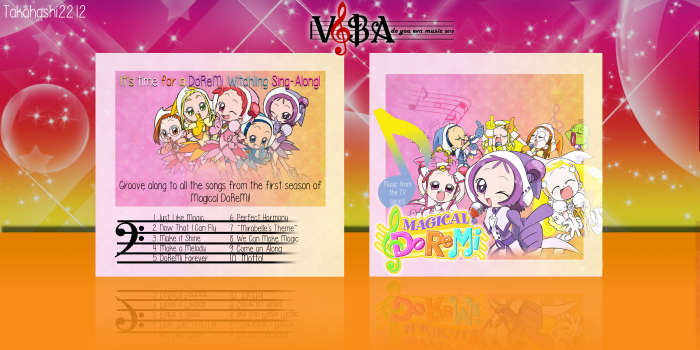 So I made this case for Mart's Music comp.

On the box itself, I didn't think I'd touch this series again so soon. My next box was planned to be X-Men Vs. Street Fighter, but I saw the Music Comp and wanted to make something. I guess you can say this series has become my "default". Whenever I want to make a box, and can't come up with something, this what I go to. I mean, that's how I made my last two boxes. Not that I actually like the series or anything. I haven't actually watched the show in a decade, when the show was originally on the air. Fond memories are all I have to judge this show on.
Credits:
Backgrounds - Google Images, Sonic News Network
Renders - Google Images, Ojamajo DoReMi Wiki
Help - Alex

This is super pretty! The only thing I dislike the font on the back but that's always a pain in the ass to nail perfectly.

*dislike is the font

you and your fukcing chinese cartoons