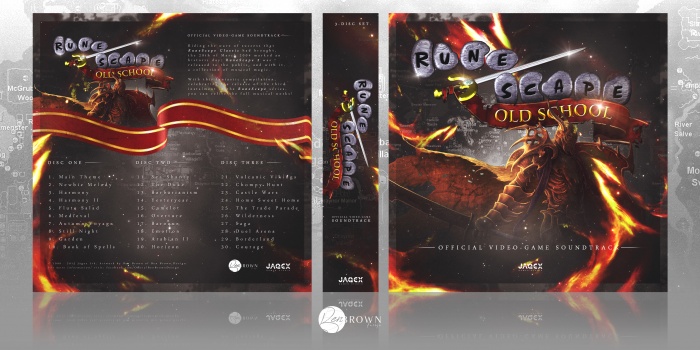 Having played RuneScape since 2005, one thing that has always stood out to me is the soundtrack.

So I designed this artwork for a officially unofficial album compilation of my favourite 30 tracks from the game!

Just wanted to share it with you guys :) I'm happy with how it came out!

NOTE: The main character on the front and back covers is NOT from RuneScape, but it was a great source image to use and looked strikingly similar to the dragon armour from the game, so I thought I'd use it :)

Oh man, this looks great! I really like how this looks. Shame it's not a real soundtrack, because if it was you could've used it for the Do U Evn Music comp. Still, amazing box nonetheless. :D

This is actually incredible to look at, especially when being able to zoom in. The usage of the map is pretty clever.