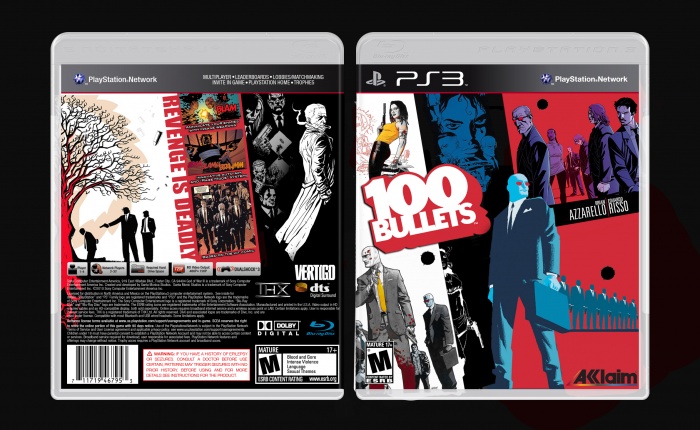 My entry for "The Cancelled Comp"! 100 Bullets is based off of the comic series of the same name. Because there are little to no images from the game, I utilized images from the comics to design the box.

100 Bullets was initially being developed by Acclaim entertainment, but was cancelled due to their bankruptcy. D3 Publisher later obtained the rights to the game but it was later cancelled again.

Really great work man
I like your all concept

Thank you so much! :D

This is killer shit man holy shit i am amazed with your work. Where can I check out more about this game?

Wow thank you!! There are some videos online but not a ton of stuff!

Good stuff!!! I agree with Frank on this. Comicbook vibe really seems to work with this.

back is really nice