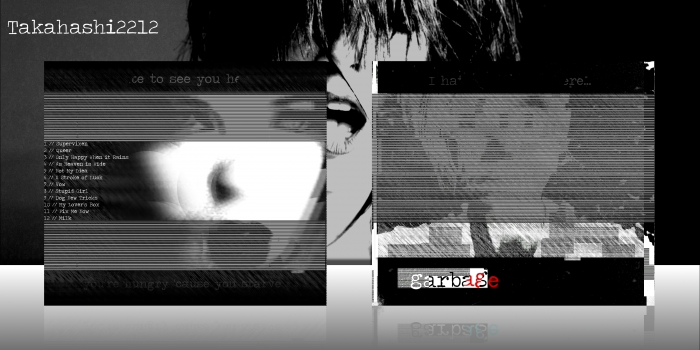 Garbage is the self-titled, debut album of the band Garbage. You may know them for their appearance on the Romeo & Juliet soundtrack, or for singing the theme song to the James Bond film "The World Is Not Enough".

Garbage is an... odd band to say the least. Their songs range from odd psuedo-pop, to psuedo-rock. Much like Starship Amazing, the titles of their songs seemingly have very little to do with the subject matter of the songs themselves.

I mostly based this box on the music video for the song "Queer" which is a kind of surreal music video, which makes heavy use of distortion effects and scanlines more towards the end of the song.

In all honesty, the band isn't that bad (although I'll admit my taste in music is probably garbage). They've got a few enjoyable songs (Queer, Cherry Lips, When I Grow Up, Only Happy When It Rains, and Androgyny all come to mind).
Huge thanks to Alex in the WIP Thread BTW!

This box is garbage, yo

Well that was the point, so I guess I did my job!

So good. From someone who loves the band it looks like something they'd use.

Well done man, this is awesome. Good luck in the comp