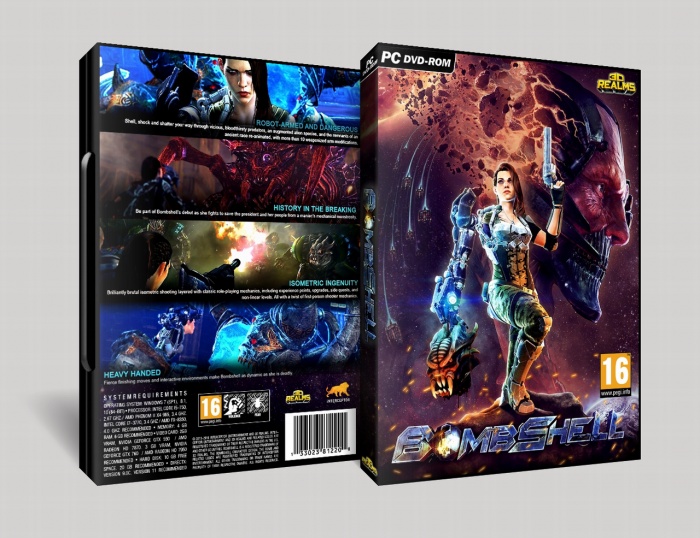 Bombshell is an Action Role-Playing game in which bomb disposal technician turned mercenary for hire, Shelly "Bombshell" Harrison must strong-arm her way across 4 planets in an Unreal Engine-powered galactic adventure to rescue the president (and humanity) from an apocalyptic alien threat.

You deserve more recognition as a creator. You make really high quality, official-looking covers. Perhaps if you improved your presentation your art would get the attention it deserves! :)