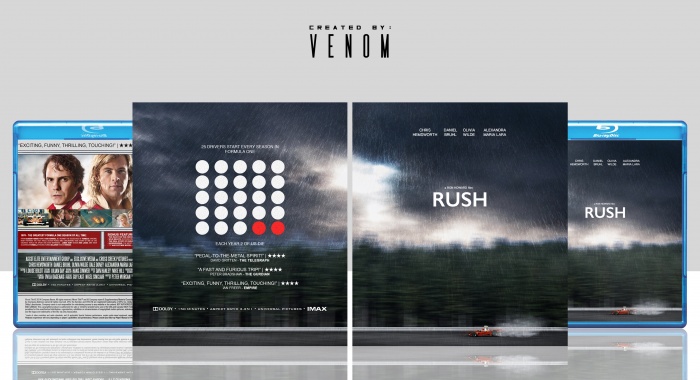 Ron Howard's latest film tells the story of the 1976 F1 season featuring the big rivalry of James Hunt and Niki Lauda. Rush is filled with action, love and friendship, definitely one of Ron Howard's greatest works...

Thanks bro! I get what you mean that the main box is identical with the case, I thought it would be perfect at the time. In the end, I was happy enough to post this as a finished product! :)

Note: Printable is the case sleeve, if you want the main box, dm me in my profile!

I really like the slipcover of this. It looks awesome.

holy shit, it's thor and that german guy from civil war.

ahaha yeah, german guy's yet to get his evil purple suit and kick ass

Thanks for the love so far guys!

I can only say it's lacking a bit of the grey/green color scheme on the back of the actual box to balance it out as a whole, but the slipcover looks brilliant.

Yeah I agree with you, I'll go fix the back on my spare time. Thanks man!

Thanks! I took my time on the slipcase too make sure everything was in place, it eventually payed out!

thanks man! very surprised and happy about this!

Holy Shit! I just got back from school, had one of the best days there and then saw this!

Thanks man! Really appreciate it!

Isn't your last one but congrats for the first HoF ;)