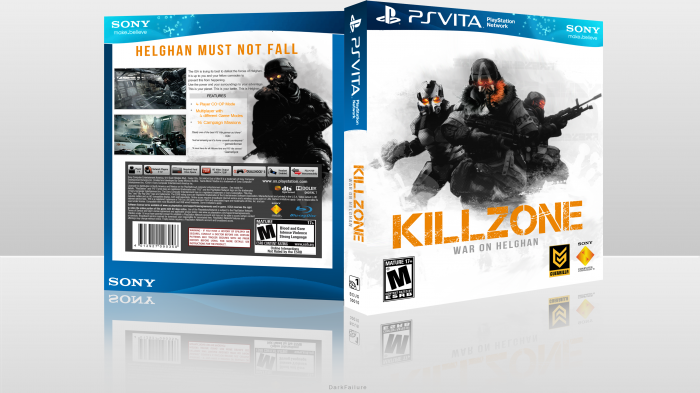 Another PS Vita box.
This time it's for the Killzone game in production for the PS Vita. I went for a simple, rather official style on this one that is supposed to be similar to the other (official) Killzone boxes.

Btw, I forgot to give credit to Hazzy25 for his template! Sorry!