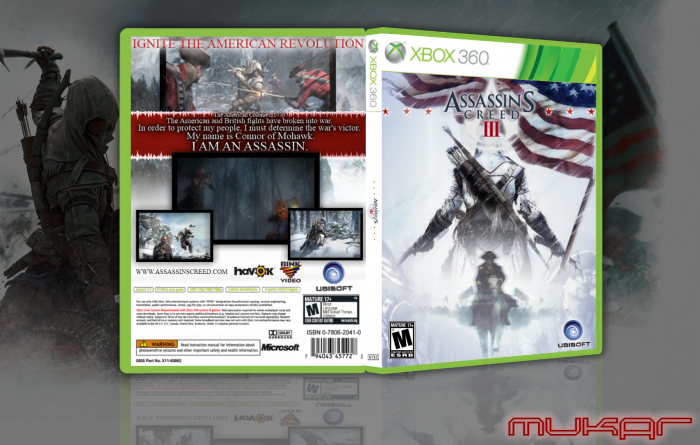 So, in respect of this great new assassin, my love for the Assassin's creed series has led me to creating this. So, what do you think?

Two things: the text on the back is a little tight so might wanna think about shrinking the screenshots and leaving a little more room for the text. Also the logo on the front is a little small. Other than that it's pretty damn sweet. Fav!

I agree with Darth... Also, not only is the text kind of choked off, but is just bland. It needs a little more style and some sanding on rough edges on some things... but all in all its better then I can do.