[ Buy Gears of War at Amazon 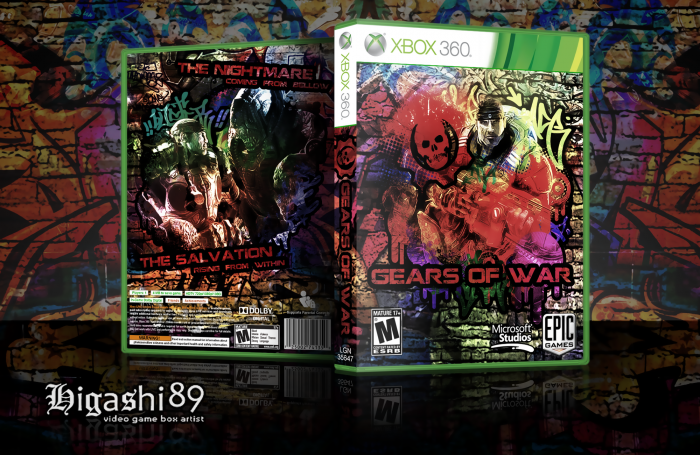 When it comes to make a "funky" art, comes to my mind two things: psychedelic images and graffiti images. I prefer to stick to graffiti in most cases, since it's easier, but mainly, graffiti for me is visually better than psy art.

This is for my challenge with TheNiceGuy's GTA IV box art (check it out by the "boxoff" tag). My challenge was exactly this:

I chose Gears of War because... well, it's the biggest TPS franchise for Xbox and everything, so I wanted to stick with this idea. I though it came pretty good, even though I think I left it way too colorful for my taste. I used some black & white filters to avoid bleeding my eyes viewing such strong colors or even a seizure (LOL) but anyway, this is the final project. Hope you guys enjoy it.

I personally hate the messy art style, but in theme of the comp, you made it work very well! Nice job

You might want to thank Ergo for directing me here.. As will I.. Great box!

Interesting... but great. You made it work.