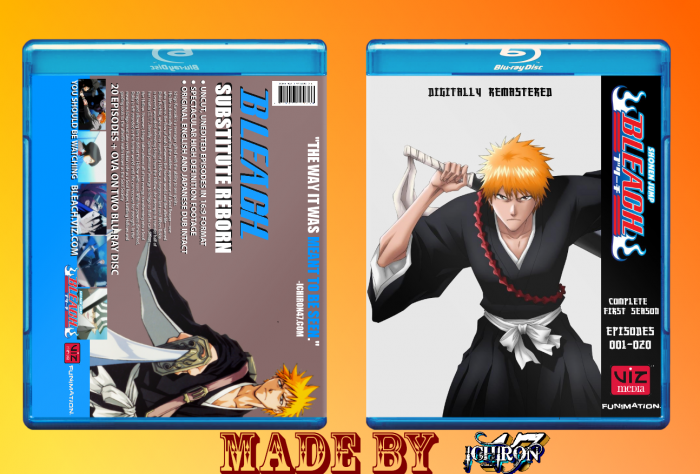 Bleach - Complete First Season on Blu-Ray released by FUNimation. I Worked on this for hours and used the program Paint.NET. This is the first time EVER doing a back cover for anything.

I always thought about why shows like Bleach or Naruto aren't on Blu-Ray, except for their movies, so I decided to make this. FUNimation has nothing to do with Bleach, but I thought hmmm, they probably can work on releasing the series on Blu-Ray.