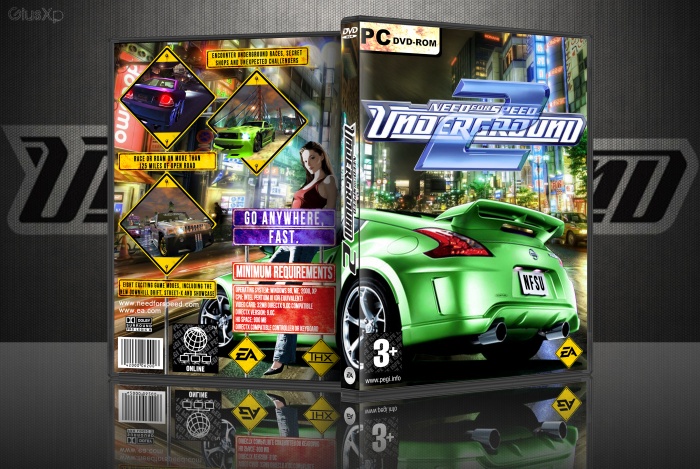 Also this time I proposed the reinterpretation of a classic: Need for Speed â€‹â€‹Underground 2.
The Nissan 350Z's original cover has been replaced here by an all-new Nissan 370Z. The description on the back has remained almost the same.
I thought about using the pattern of signposts because the greatest innovation of this title - decisive for the rest of the series Need for Speed â€‹â€‹- was the free-roaming.

Nice one! I like the edit you've done to the image, by replacing the car with your own. The traffic signs are a great idea to use as screenborders, although it seems kinda weird that only one has a pole to it? I think it's better to remove it, so it's equal in terms of look to the rest of the signs. The colors are vibrant and it's overall well organized, excellent job ;)

If you look carefully, you'll notice that all signs have a pole (the yellow one on the right-top is connected to the main pole by two shorter poles on its left :asd: )
BTW, thank you for compliments, Bastart! :D

This is great! You deserve a fav :)

I have a hard time reading the back but other wise...... I LOVE IT!