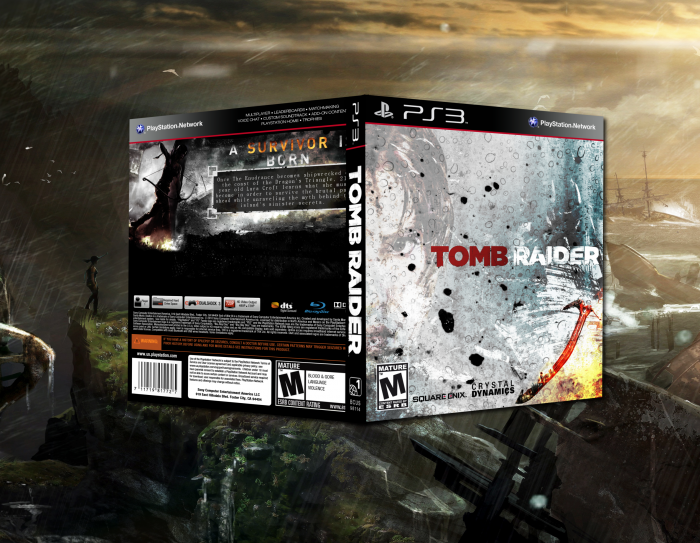 Created using GIMP
- Thanks for all those who critiqued the work in progresses some months back.

Thank you.
The back is a combination of the Crossroads render (Lara with the bow), and one of the first concept arts. It turned out a bit too dark, but I tried to retain the important parts of the image.