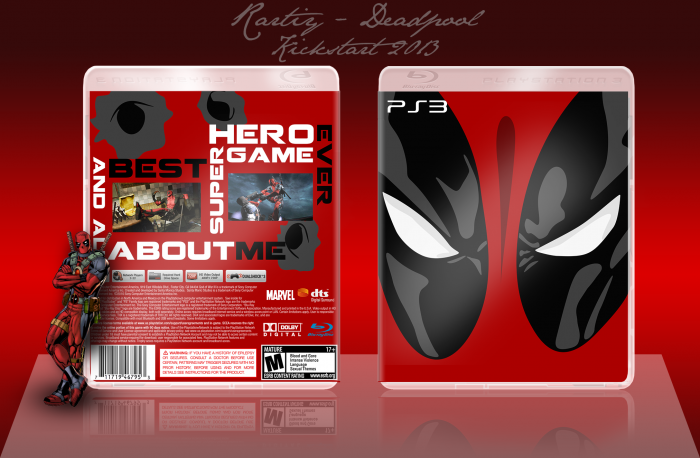 Creds to:
YoshiStar for the case temp
Google img for the screenshots (poor reference but yeh)
Spine and back font is called Coalition
PS3 font is called PhatBoySlim
The rest is custom art by yours truly.

So I wanted something different, think I came out about where I wanted to go so yeh I'm pretty pleased about this. Before I get any comments on that: I wanted to keep the front as clean as possible, hence no logo's etc and just 'PS3' instead of an innerlay template.

Comments and favs are of course appreciated :)

Great box!.Very classy and artistiek! Goed werk! But front is better as the back.

Love the front! Not as fond of the back. I don't like the tagline, both the arrangement is confusing and I dont think the font fits. I feel like the artstyle is very contrasting to the front also.

The art there are 2 screenshots, but I see what you mean on the tag line and all.. I'll try updating with an alternative back later today..

The back may be confusing to some who read the tagline, but it's a'ight.

Looks aesthetically a lot nicer. :)
But I have no idea what that tagline says, ahah!

Best super hero game ever and all about me.
Heard him say that in the gameteaser.....

I know what the back says because typography is a strong suit of mine.

But it's still confusing as fuck.

I like the simplicity of the front but the back doesn't impress me and fells rushed, That template isn't my favorite as well.

WOOOW..!! Really awesome.! But I don't like the template.!