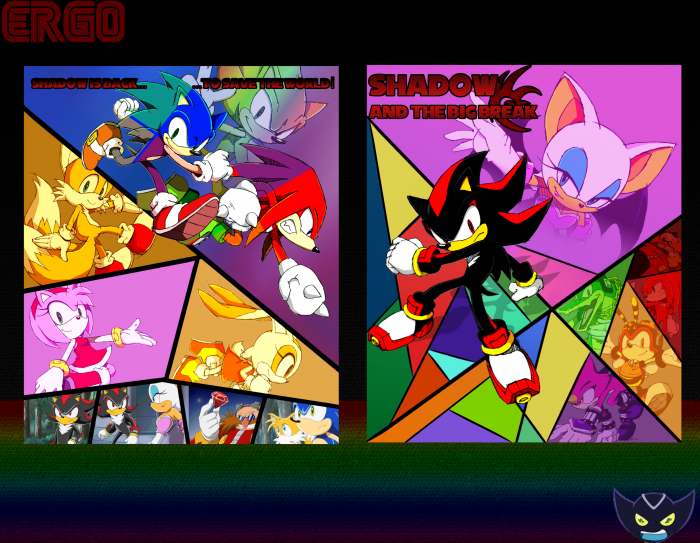 This is pretty much a salute to/fake send-off of/reboot of/whatever of Sonic X. It was originally supposed to be a humor box to make fun of generic Westernized anime (hence "Shadow and the Big Break"), but I loved the style way too much (and didn't hate the show enough).

Credits for renders and screenshots to Sonic News Network. Fonts aren't mine.

i kinda like your idea, but I don't lke the presentation that much and i also think you should change the logo and tagline style to something more fitting maybe. I do like the incorporation of the screenshots in the back