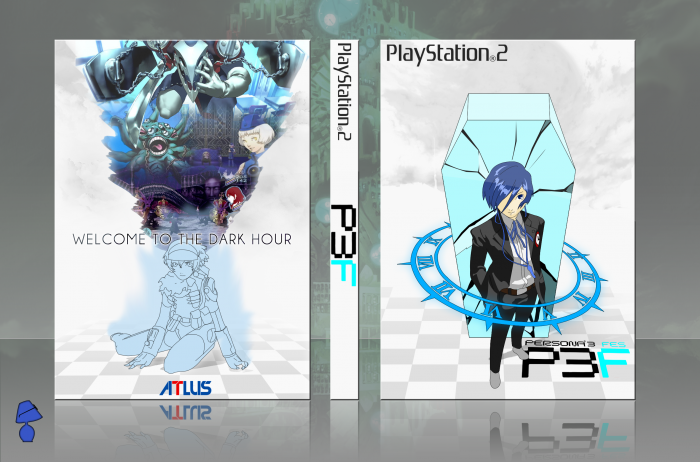 While browsing the site, I noticed that a fair amount of Persona boxes use custom art, and while my last one had a smidge, it was primarily existing images manipulated, so I decided to throw my art in with the group.

The protagonist on the front (and the character on the back) was redrawn using official posters as guides and the coffin and the clock were completely custom. That's Pleiades' logo too, so credit to him for that.

The back pulled me in, but the front is nice, if not plain.

Fantastic work. I love the custom work, it adds flair to the design.

Hall of fame? I don't think so. It's not good enough for HOF. It's not bad, it's pretty nice, but not for HOF.

Coming from a level one.

@Martiniii332 How does that matter? At all?

@Necromancer It was a joke. I was trying to instigate a fight here.