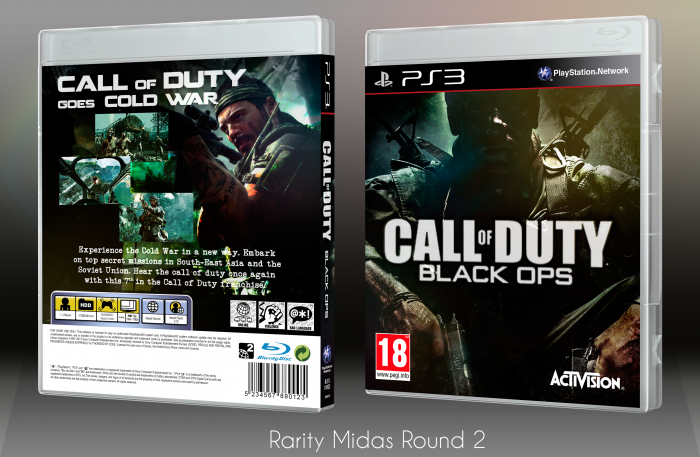 So yeah making a work of MattStar better.. lol.. just saying I really like what Cho has done with this round. It inspired me, and hopefully other newer members to stick around longer and become as good as the people whose boxes are used for this round.

That being said, I'd mention I've had some difficulties creating this box. Used the same, or very very similar, main resources as the original which lead to the problem I have with working with wallpapers, as it limits the things I can do to make it mine etc etc. Then here was the problem of the really heavy contrast on the front's wallpaper which made it hard to get some decent edits in there and making a back with matching contrast to match the front was a pain in the but as well.

Considering all this I'm ok with how it turned out.

Not the original font, check out the box that's linked to in the description. The Midas Touch competition bases around redesigning curtain boxes and improving them in the process, that's why the font is awfully close to the original.

I'm sure you new folk will become the "vets" (If I my borrow the term) soon enough.

The back looks really unprofessional honestly. Everything looks slapped on, without any real appeal. The front however, even though it's pretty much the original, is really nice.