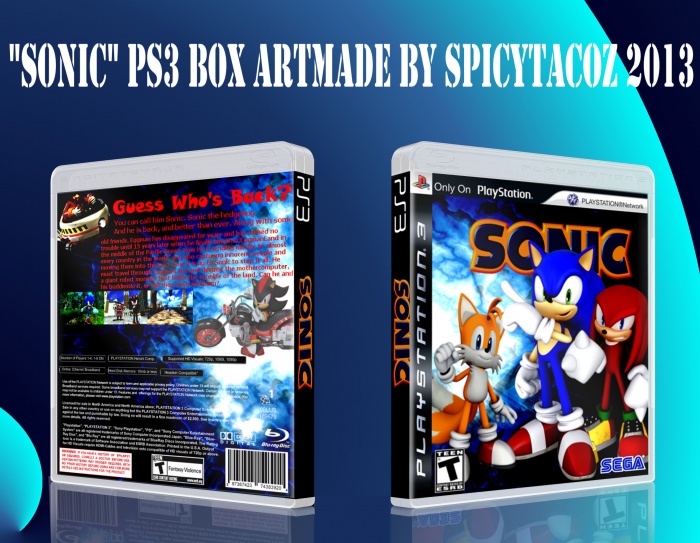 First box, i think it went well, and i als o made it 3D. I am in the process of finding renders for a new box, and also this game is supposed to be like a Sonic 1 reboot, Sonic 1 being 2006 of course. Since the 1st Sonic remake sucked, I made this box to show that we all want another, much much better remake/reboot of Sonic. So I hope you liked this!

the Front is okay, and that's a nice Logo btw.
But the back is the downfall.
Look at some other boxes and try to gain some inspiration from them. There is too much boring red text, one senseless floating render and the screenshots are not well implemented. Try to add screenshot borders or find a way to make them fit in with the style of the box.

Thanks, the logo was from Sonic CD except i took out the CD part and redid the colors. I admit that the back is worse than the front by a lot, and I will positively pay more attention to the back cover in my next box.

"This is a reboot, so lets use all the assets of the original series!"

I cant do custom character models, so I have to use old renders, not my fault

I really like the front but... Ald is right about the back. You did a good job on at least attempting to create the box, for that I gotta give ya credit. It looks very nice...