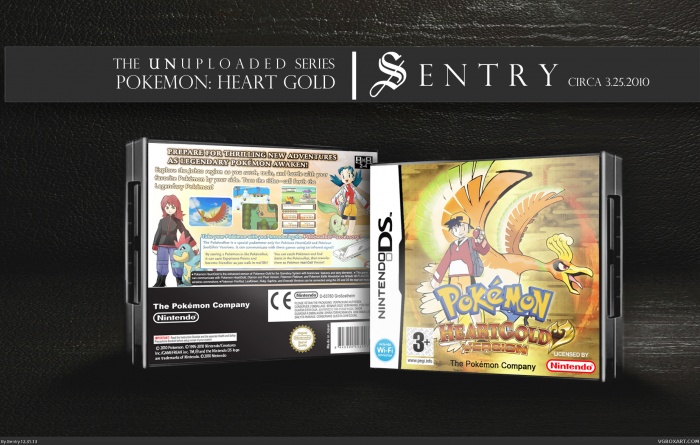 The UNuploaded Series is a series of boxes that were not uploaded... for various reasons.

Hey VGBA! How are you doing. Hope you all have a Happy New Year!!

*This box was originally planned to be uploaded on the North American release date of Heart Gold & Soul Silver(3.14.10) but it was not completed on time. The last modified date on the file is 3.25.10.
**I was working on my Fallout: New Vegas box around the same time so that may have been the reason it was not finished on time.
***Printable Version Availible

Wow, since to see you back Sentry. It looks impressive and all, but you've got the old PEGI in there :)

Yeah. This was from 2010. I didn't edit it, the boxart was completed as of 3.25.10, I left it untouched. All I did was slap it on a template and retrofitted my old DS presentation.
Thanks and Happy New Year

Lovely rendition of a fantastic game, and an even better start to 2014 for VGBoxArt. Lovely stuff, Sentry.

Cool seeing you around. Whaddup man?

Oh man, seeing that watermark bar at the bottom brings me back.

Welcome back! It looks great.