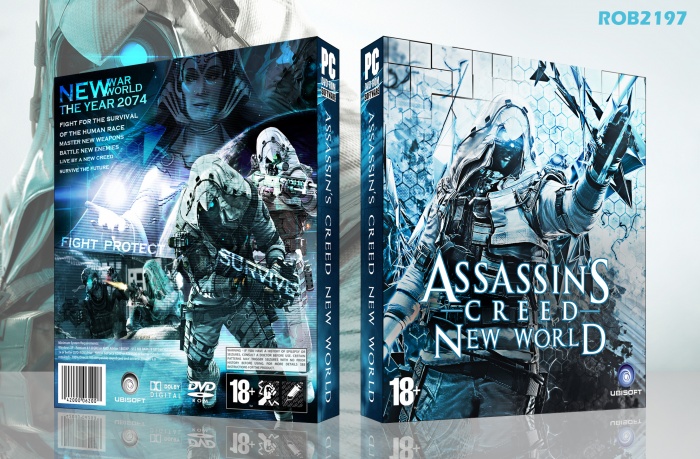 So this concept derives from the Tom Clancy's Ghost Recon add-on pack which created modern/ advanced assassin like soldier outfits. I thought they look really cool so I designed a box and supposed game around it. A new futuristic Assassin's Creed. Assassin's Creed New World.
Now this as a game would ultimately be rather bad and wouldn't work for AC, but I enjoyed the concept of the creation and loved playing around the renders I found, made or edited.

Comments and thoughts are always appreciated. Thank you.

It will be so much more awesome if the logo on the front looks as futuristic as the tagline.
Otherwise, you did a really good job! ;)

Actually I was trying a similar concept with the front logo, but it just wasn't working and I wanted to keep some of the AC conventions to the box to not completely abandon it:
But otherwise thank you very much for your thoughts I appreciate it :)

Thanks a lot guys :)

This is really amazing.

omg this is amazing. Its great to see something original! The box is incredible, I'm just not sure about that blue outline on the game title. Nevertheless, this is really really nice, good work.

Wow thanks a lot everyone first hall of fame, really happy with that :)

Congrats on Hall of Fame.

This is great stuff!