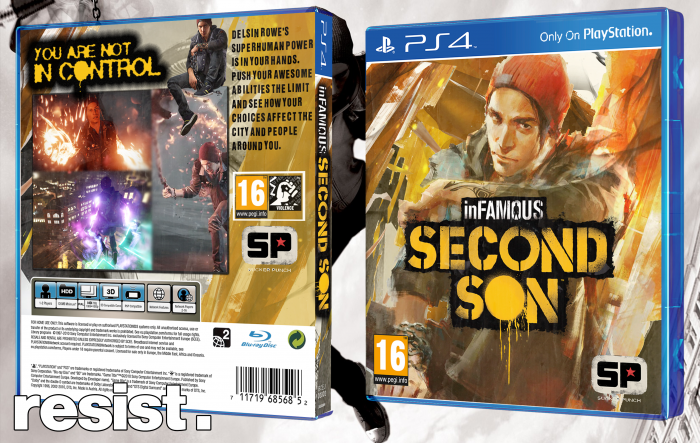 All my other boxes had small mistakes such as spellings, blank spots or blurry pictures however I feel I have made a solid box art here and have listened to suggestions. The front cover was made by me: the picture of 'Delsin' was just a render however I added all of the smoke designs behind him with a grunge effect and so on. The back isn't my best however I do like how it came out (although not as professional as the front). Oh and the PS4 Box Template itself was downloaded however I made quite a few changes to it to make it similar to the actual PS4 box as the one I downloaded was based off of the PS3's layout. Any suggestions are welcome :)