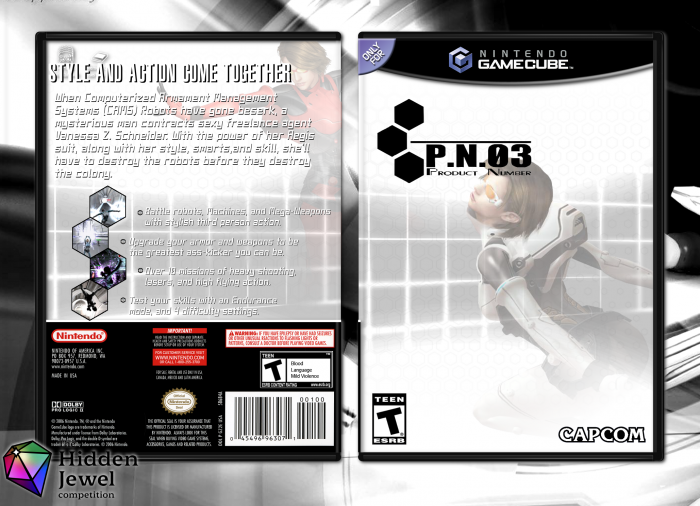 A submission for Higashi's Hidden Jewel Competition.
Background: P.N.03 is a 2003 action game developed by Capcom, with the game directed by Shinji Mikami. The game was a part of the Capcom Five, five Capcom games meant to be exclusive to the Gamecube. Of the four that were actually released (Killer 7, Viewtiful Joe, Resident Evil 4, and P.N.03, with the fifth being cancelled), it was the only one to actually be exclusive to the Gamecube, as the others were released on the PS2. The game was met with decent to poor sales and middling reviews upon release.
Credits:
Renders - Capcom Wiki
Template - qwerty
"Only for Gamecube" Logo- Sarashi

Looks like a spiritual predecessor to Remember Me. Or is it just me?