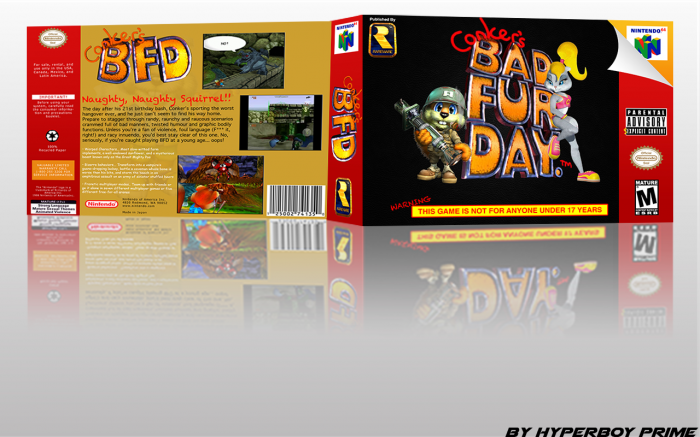 This is my entry for the Hidden Jewel Competition. "Conker's Bad Fur Day" is game that was released for the N64 when Rare was a second-party developer for Nintendo. It was about a drunken squirrel who is lost and needs to get home with a hangover. It sold poorly because of bad marketing and it was released when the N64 life cycle was ending. There is a remake titled "Conker: Live and Reloaded" on the Xbox which did do better though. This is my take on the game's cover and I have kept it similar to the original but with my own touch. It is meant to be simple and straight to the point. Hope you guys like it!

I loved this game as a kid!