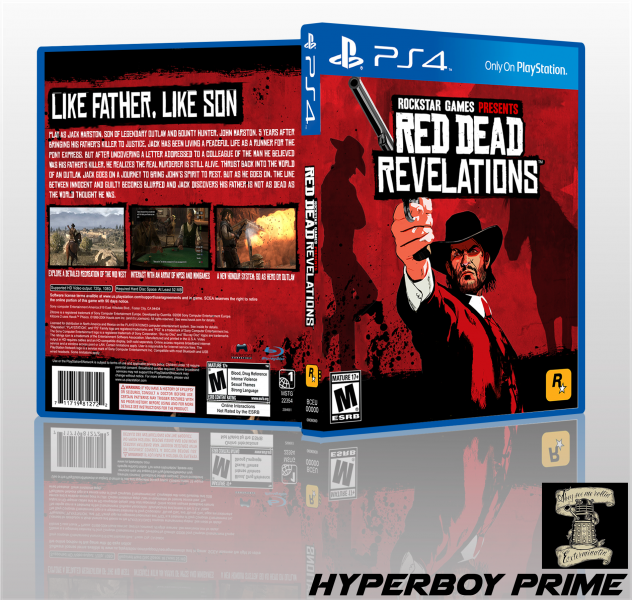 This is just a box art for a non-existent sequel for Red Dead Redemption. I played a bit of RDR and I thought that a sequel would be really good, especially on the GTA V engine as a PS4 exclusive (In my head the Xbox would get different RDR exclusive game set as a sidebar to these events). Thanks to Matknapers18, Paper, FrankBedBroken, DarkMoon101 and TheTombRaider for their help on WIP. Hope you like it!

Text is a little heavy , I like color you use in this one

Nice box but the 3D is a little wonky. Maybe it's just me but it looks a little stretched.

Yeh, its cuz I used a dvd 3D template. The PS4 box is smaller than the DVD ones with a wider spine so it looks a little stretched. I'm going to go with a different presentation style next time :)

I really like it good job man keep it up