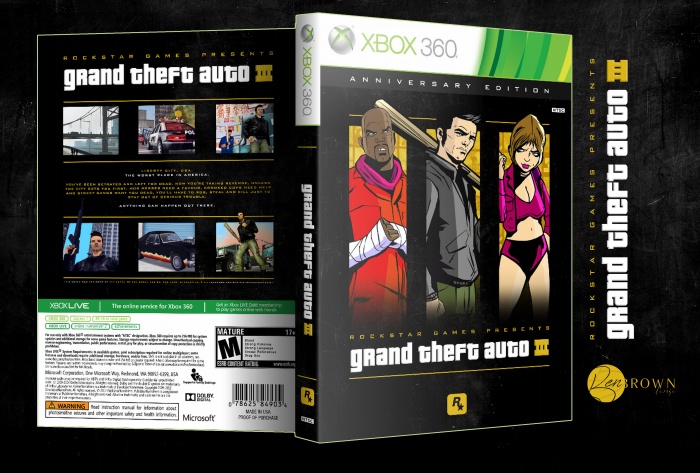 Here's my contribution to the Anniversary Edition of Grand Theft Auto III. Many good memories and hours of fun from playing this gem as a child.

Alongside San Andreas, I think this is the best Grand Theft Auto game. A lot of people will probably disagree with me, though!

Thanks to J0rd4n for the template!
(link)

I'm not too sure why the full version preview is such low quality. I'll try and fix that. Alas, thankyou for looking!

Oh wow, the simplicity you have used throughout this design is really appealing. I love it, you've done a great job on this, Ben! :)