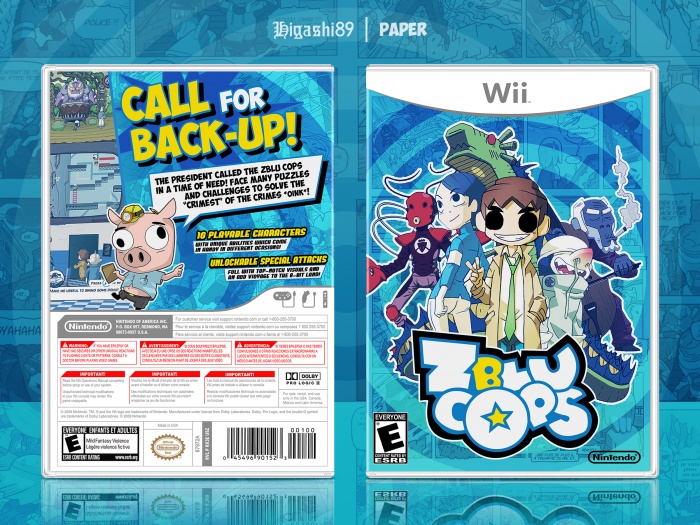 This is a collab between me and my pal Paper. He's the original designer but it was incomplete, so I volunteered to finish it and he accepted, thus this box was made by both of us.

Zblu Cops is a cancelled Wii game. It's based on a french comic book series, and it was going to be released worldwide, but the developers went bankrupt and so this game was never finished.

Hell yea, you two did an awesome job!

Looks amazing man, love the colours and design. Tbh I thought this was Franks or Papers, in the thumbnail. Quite a similar style.

This came out amazingly! Great job Pigashi ;)
(geddit, cuz there's a pig on the back AND paper and higashi combined is PIGashi? eh? ok never mind)

I lol'd a little

@Higashi89 we need to make that our collab account