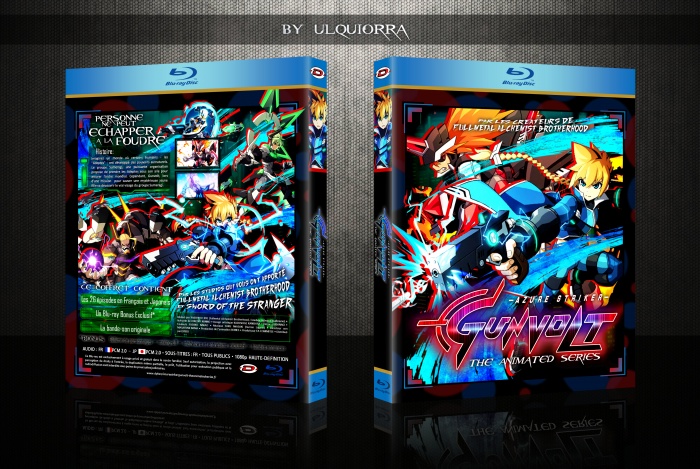 I actually planned to do that since Higashi posted his ASG Plus box (I thought that that kind of design could look pretty cool in an anime). Well it took me some time but here it is. Thanks a lot to Higashi who gave me tons of resources for that, and don't hesitate to leave any com' or criticism.

Dope, I'm guessing there are only low-quality renders floating around so quality's inevitable, but nonetheless it's well put-together

awesome work, as martin mentioned some of the renders and effects are low quality in full view but looking past that the design and layout is fantastic, good stuff!

Oh wow this is pretty good! I noticed the composition really is the part that stands out more. I mean, doesn't matter if your resources may or not be low quality, regardless of that, this box shows me that the way it appears in general is what makes it a great piece of work.

I agree that Gunvolt would be a great material to work into an animated series. Maybe one day...

Wow, I see your point about saving the colour for this case. Looks awesome man, well done.

This is amazing!! The colors are incredible