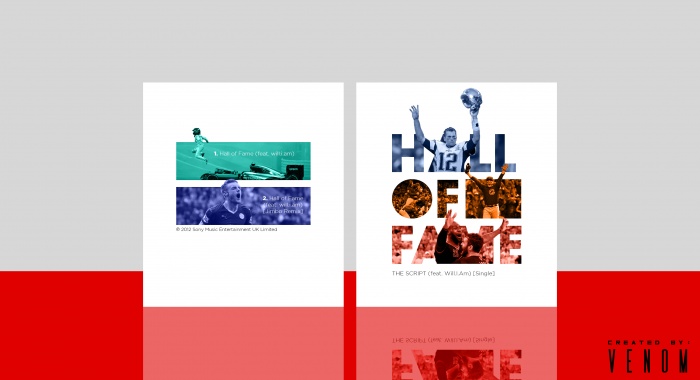 Well this was and unexpected return...

Just wanted to make something quickly to celebrate the Patriots and their AMAZING comeback in Super Bowl 51!
But it wasn't just the Patriots who amazed the sporting world, the Cavs and the Cubs also made massive comebacks.

Meanwhile in Europe Nico Rosberg celebrates his first F1 World Championship and Leicester City winning the EPL out of nowhere! If there's anything we have learned in sports and life, it's not over until it's over.

So here I am with "Hall of Fame" by The Script and will.i.am, hope you guys like it!

This is nice. Good job with the cut outs from the letters and shapes.

Ahaha I see what you did there, thanks!

I'm not expecting this one getting it though, made it as a quick tribute project.