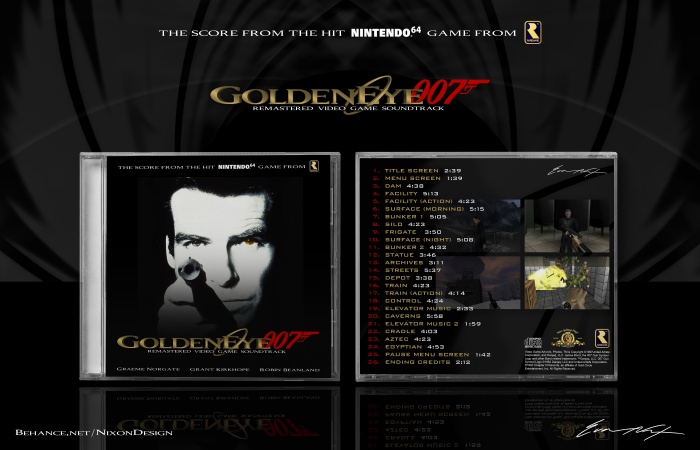 Make sure you check out the Behance project here: link

A legit soundtrack of GoldenEye 007 was never released in 1997, sadly. In commemoration for this games 20th anniversary, I developed one myself.

Warped Face/Big Lips Brosnan is back.

You know what? I felt like something was off. Will fix. Thank you! First time I've ever tried this effect :P

Not bad. It's simple, yet effective.

Thanks a bunch, jevangod! I appreciate it!