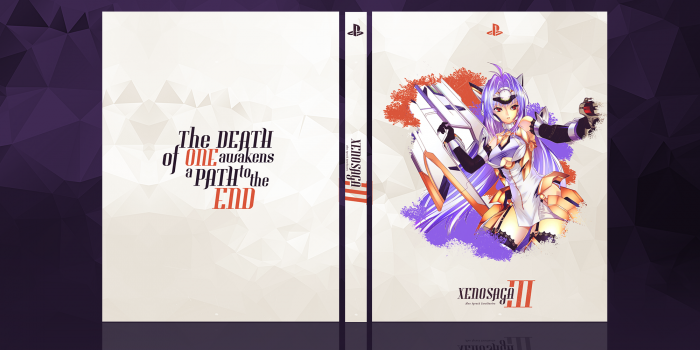 I work in a shop that sells and buys video games, movies, consoles, hardware etc. and I came across this gem on PS2 while I was sorting out some display shelves. Up for grabs for exponentially pricier than the average PS2 title because of its scarcity and rarity.

I admired the artwork though, and I wanted to give it a shot using some very basic brush work, keeping to a flat colour-scheme for the most part, and to make something that's just pleasing on the eyes and fun.

The simplicity of it comes from having "steelbook" in the back of my mind for the past few days where designing is concerned.

Speaking of steelbooks - you guys should check out the official steelbook for Kingsman: The Golden Circle.

It's a fuckin' beaut.

I love how the simple Playstation logo seems to give the branding even more power than the typical banner at the top, and it suits the case style so well.

Yeah, I know what you mean. I'm a big fan of just using a simple console logo when making covers, I think it hits the nail on the head :)

This color scheme is just gorgeous.

I really like this. Good job with the general aesthetics of this piece.

Long time no see, Martiniii! Good to see you :)

Thanks for the compliments!

Each to their own, and I absolutely welcoming constructive criticism, but your feedback isn't constructive at all. I guess you didn't read the description underneath the box? I DO explain why it's such a simple design..